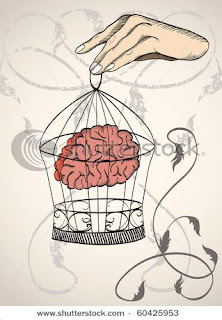 Indoctrination to a new agenda of social control sounds very 1984 meet Brave New World or perhaps reminiscent of Mao’s Cultural Revolution – either way, it is something that would not occur in an enlightened democratic republic such as our own nation. Indeed, such changes can come about through force via despotism, the most recognized of societal change. However, through a slow but deliberate change of people, slow enough to internalize change without participants’ knowledge is yet another form of social control and social engineering. This sort of clandestine social engineering has taken place in our society, yet it did not take place in the dark but rather took place surreptitiously, disguised as curriculum change, teacher in-services, and a drive to create a cohesive agreement about education reform. It was done using social psychology and social engineering, such as through group activities and other benign, feel-good methods which teachers willingly but unwittingly took in whole heartedly.

To quote “Human Relations in Curriculum Change’ a 1951 amalgamation of writing by education, psychology, and organizational change agents of that era; “The purpose of this (Introduction to the book) is to develop this contention further and to show generally how the materials of this book of readings contribute to the essential equipment of educational leaders who have come to see changes in the curriculum as changes in the social system of the school and community—to accept curriculum revision as a species of planned social and cultural change.” Curriculum, that is, all that is learned in schools, was to be the method of social engineering and control for the masses then and in the future. Dissidents must be won over however, and the change agents had a method for that as well. “As we made clear at the beginning of the chapter, the ideal method of social control is democratic co-operation.” Most Americans would gladly participate in activities which promote democratic cooperation, as part of our God-given rights of the Declaration of Independence and Constitution which promote a unionizing of peoples from all shores, of all creeds and colors to live together in happiness, freedom, and harmony, together as Americans. However, the oxymoron here is blatantly apparent, control of a peoples is never democratic but rather a despotic twist of socialistic control common in places outside our borders, places where refugees flee to come to America in hopes to escape control. To quote Emma Lazarus’s sonnet on the Statue of Liberty, “Give me your tired, your poor, your huddled masses yearning to breathe free.”

The authors, as change agents, had no qualms about their agenda; they lay it out in the open if you read their articles or were elite enough to become one of their change agents. They not only interpreted social control as democratic, but saw it as obligatory for social change; may nothing get in the way or else it be obliterated. “We have at the same time

made clear that, in our view, with the exception of exploitation, all other methods of social control, however undesirable, and even self-defeating they may be from a long-range point of view, will in certain specific social situations in school and out be found to be desirable and necessary” This does not mirror the tenets of democracy as our Founders intended, and in fact surpasses the autocratic control of even the kings we fled from en masse. But how did the change agents alter educators so that they would embrace social control, when it is the antithesis of American ideals? Through psychological exercises to change the id, to replace the American notion of individualism with communalism which the individual themselves would be either hoodwinked into doing or pressured to do so through group dynamics. Through re-education (a term popular in times of white-washed dictatorships and mass genocide) the nonconformist would be brought around through either force, or more common in America, sugar coated mind control via creation of an individual’s new super ego.