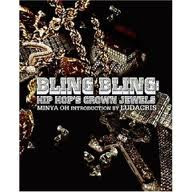 Determination, Education, and Mediocrity - such a title could be for many different posts of mine. So here is version #1.
Why do we have such a high drop-out rate, achievement gap, low test scores, etc? Many, myself included,
blame our antiquated and broken education system. I
look at my favorite organization, Shanti Bhavan in India, which schools the dredges of population, worse than our worst, the Untouchables, and turns them into scholars and then doctors, engineers,
teachers. See, I tell myself, teachers and education can make a difference.
But then I see all the demands placed on teachers, and all the blame. We do work some miracles but we're no magic genie. To blame us for the ails of society is ludicrous. As is blaming home life. See, education is a gray area. Teachers cannot fix home life and culture, and so we must make do with what we can do. I am not going to blabber on and on on what teachers can do. I am going to speak about our lackadaisical culture.
I just finished reading a remarkable memoir by Cupcake Brown, "Piece of Cake" about a worse-than-worse life of major drug addition, homelessness, prostitution, abuse, and how the woman who did all this- Cupcake, is now a lawyer, all on her own volition. I hear of these stories often, and think of The Freedom Writers and other similar examples of people overc
oming strife. Some say you have to "have it in you" to overcome adversity. I've been called racist, privileg
ed, ignorant, and not compassionate because I don't understand why people, about to join a gang, don't reach in, find some courage, and say F%^# this life, I'm bettering myself. Well, Cupcake did it. The Freedom Writer kids did it. The kids at Shanti Bhavan did it.
Courage. Yes it is quite easy to have grown up in poverty, drugs, violence, to want to just continue the cycle. "It's all I know" they say, and they often mean it. I have a friend who grew up like that and thought her family was normal...at first. But she opened her eyes and realized, nope, her family was not normal. After swearing she'd never make it past her 16th birthday alive, she did. She finished high school via alternative ed, got cl
ean, and went to college. She only knew the "ghetto" life yet she knew she did not want to continue it. She knew violence and drugs were not what she wanted in life.
Kids know right from wrong (unless there is serious mental illness involved). They might not know 100%, but they know. They know going hungry because mommy sold the food stamps for drugs is silly and hurtful. They know eviction sucks. They know a car ridden with bullets,
meant for their brother, is scary. They know t
he white stuff daddy snorts makes him all weird. Therefore, they can choose to go either way. The "straight edge", get out of this life way is NOT easy. But everyone can do it if they stop wimping out and start forcing themselves to do better.
The problem is, society glorifies mediocrity. Pop culture and the media make get-rich-quick schemes seem like a great idea and who blames them? Why go to school, work hard, get good grades, to go to college and do the same, get up at 6am daily to don a suit and drive to work....when you can earn just as much in none of the time, hustling, dealing, selling your body, your soul, thieving, smuggling, etc? I in a way don't blame kids who 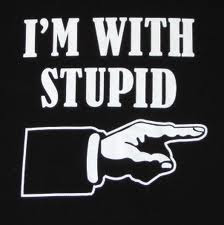 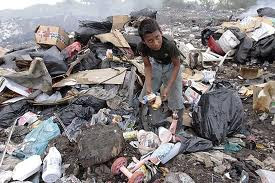 nough!!! We value education, we need a better education, and education is the way.
Until then, I will continue to be baffled by the life of gang members, their choices, and by my student's yearning to not get an education. I will continue my pep talks, my encouragements, my heart-felt one on ones. I will save one, maybe more, starfish. Many will be lost. But if we all try and save a starfish, our world will improve. And I vow to raise my son, my own little starfish, to be a successful leader, motivator, game changer. He is all he wants to be in life and more.
Here's what I mean by starfish, and then the link to the economics of drug dealing. http://www.scrapbook.com/poems/doc/24833/298.html
http://pricetheory.uchicago.edu/levitt/Papers/LevittVenkateshAnEconomicAnalysis2000.pdf
Posted by 3rseduc / handsinthesoil at 10:14 AM