how to get away with anything in the classroom

Parents, teachers, shh...don't tell your kids what I am about to tell you. 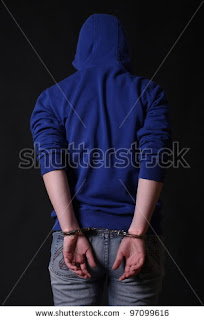 In California, students can almost get away with murder. Thanks to California AB 2242 (http://leginfo.legislature.ca.gov/faces/billNavClient.xhtml?bill_id=201120120AB2242) a child who normally might be suspended for things like defiance, drugs, and everything else under the sun....won't quite be suspended. Well, not instantly in most cases.

A school I know has a policy to abide to AB 2242. Let's say there is a child who curses you, the teacher, out. Let's call him Bad Billy or BB. Well, at the first offense you must write down in exact detail what BB said and your response and how you counseled BB, advised him, and redirected his behavior. No, "hey BB, school rule, no cursing, go see the principal" but something more like "why did you do that? What are the school expectations? How might you not do this next time? Why are you angry? How can I help?"

At this particular place of mention, you must do this at least three times before even sending them out of the classroom. Then you call parents. Then you let it happen again. Then you have a parent conference. Then you write a detention. Then a referral, logging all behavior modification steps you've taken, and hope administration approves of it. THEN, after ANOTHER offense, the student (i.e. BB) MIGHT be suspended. Might.

So today in my classroom the class, after break, reeked of marijuana. Not only is that illegal and something I don't want to smell, but adding pregnancy to the mix...nuh-uh.

So I was about to call security when they arrived (Another teacher nearby had smelled it. I was out of the classroom right before, to return state testing documents). Luckily they searched where I said it stank and released me of duty. Therefore I got a substitute to watch my class while I got to get fresh air for an hour for my safety and well-being.

At the end of the day, I asked who had been caught and they wouldn't tell me. Okay..... Then I saw security as I left campus and they said that two kids had been caught (there were students nearby so they couldn't release names) and one officer said that the student with possession of marijuana would be here tomorrow and the student who admitted he had "done it" would be suspended. To reiterate, the student with possession of narcotics- a "zxero tolerance" law under ed code, equaling suspension and suggestion of expulsion, was let go. This student had to be searched as he/she did not admit to anything. The child who admitted to smoking got suspended.

So if you have a clean or nearly clean record, you can get away with most anything in schools without even a proverbial slap on the wrist.


Can you imagine the pandemonium and prison-like behavior of students once they get wind of this new policy, now state law?

Do you want your child attending school where bad behavior is almost encouraged and protected by law?