The  UK has banned teaching of the Holocaust so not to "offend" Muslim students (http://www.dailymail.co.uk/news/article-445979/Teachers-drop-Holocaust-avoid-offending-Muslims.html). This notion is NOT new, as America has banned quite a lot of history or even imagery, terms, ideas... think 1985 Orwellian news-speak. American education loves to include special interest groups, getting their hands dirty and messing with education, history, facts 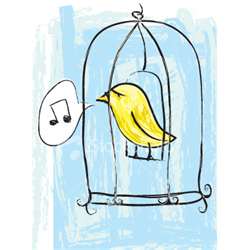 While Diane Ravitch has kind of turned against herself, her older books are chock full of great facts. The Language Police is a case in point, referring to the news-speak in schools. http://www.cnn.com/2003/EDUCATION/05/28/life.language.reut/index.html  terms such as yacht-too elitist, polo-too elitist-, senior citizen-demeaning, God and/or devil-too religious, busybody -sexist-, cult-ethnocentric- dialect-ethnocentric, lame-offensive, Middle East-ethnocentric, Founding Fathers-sexist, huts-ethnocentric, insane-offensive, replace with person who has an emotional disorder or psychiatric illness, Old Wives Tale- sexist, tomboy-sexist, West/Western- ethnocentric

While yes there are some stereotypes and offenses here, isn't the real world a little shocking, offensive?

And no wonder many kids HATE school and call it BORING when so many things that might strike controversy or emotion are banned. When history, books, truth become banal, who wants to have anything to do with learning? Even writing prompts must be stripped of any excitement and become things like,


"Some students at your school expressed an interest in making the school more
attractive by getting rid of the trash on the school grounds.
Write a persuasive essay for your school paper in which you convince the readers of
the importance of getting rid of the trash and making the school more attractive.
Convince your readers through the use of specific reasons and examples."  (An actual essay prompt from a High School Exit Exam)

Bo-ring. How can you even want to write about this? Even s stellar writer will end up sounding trite, using simple sentence structure and vocabulary, sounding very robotic and ignorant, "Trash is littering, which is illegal. Students, have respect for your school. Pick up your trash. It smells bad. It is pollution, so show pride in your school and throw away smelly trash".

Where will these books, essays, learnings get students in life? A person will not be inspired to greatness this way, when learning lacks controversy, passion, facts, emotion. How can our world's next leaders, movers and shakers, founders, inspirational icons, be fostered? How can a child's joy of wonderment, curiosity, discovery, intellect be lit in these conditions?

Also, if history is partially banned, or written without pure fact (I mean, if Native Americans cannot be depicted as living on reservations, doing rain dances, or respecting nature, what is to be learned of their history? The Native Americans were in America before Europeans. They....ummmm...did stuff, cultural stuff. Then they ummm decided to mainstream in US culture....those reservations? No, the Europeans didn't create those and no one lives there. The end." Ha!

Denying history- which is controversial, it does contain horrible acts such as the Holocaust- is plain WRONG. Without knowledge of history, we are doomed to repeat it. And a caged bird cannot sing a song of freedom if that bird does not know it is caged, and does not know what oppression, or for that fact freedom, really is. That bird is to live its caged existence being just....caged.