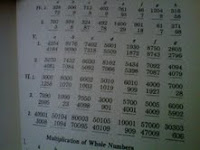 memorization charts on the left and socially applicable/useful math on the right. 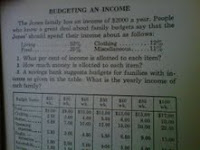 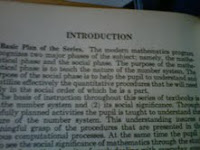 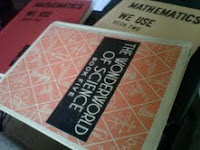 “Modern Math.” At one point I objected

because there was too much memory work, and math is reasoning; not memory. Dr.

Ziegler turned to me and said, “Nelson, wake up! That is what we want... a math that

the pupils cannot apply to life situations when they get out of school!” That math was

not introduced until much later, as those present thought it was too radical a change.

A milder course by Dr. Breckner was substituted but it was also worthless, as far as

understanding math was concerned. The radical change was introduced in 1952. It was

the one we are using now. So, if pupils come out of high school now, not knowing any

math, don’t blame them"
Well...I found a California State Series Textbook, Mathematics We Use, Book Two, by Brueckner and Grossnickle written in 1948, (same Bruckner as Iserbyt mentions? No clue...). The textbook says as you can see, "the modern mathematics program recognizes two major phases of the subject; namely, the mathematical phase and the social phase....the purpose of the social phase is to help the pupil understand and utilize effectively the quantitative procedures that he will need daily in the social order of which he is part. The basis of instruction throughout this series of textbooks is 1) the number system 2)its social significance.....Also; numerous activities are suggested which require pupils to investigate social applications of mathematics in their own communities....The presentation of both mathematics and social applications of a topic represents a scientific and psychological approach to the study of mathematics.

This is before the de-mathification of 1952 but seems to be a pre-cursor, a melding of real, applicable math, monotonous memory drills, and the social efficiency model preparing students for set roles in life.