I'd resign, if I could

I want to follow in the footsteps of my hero, John Taylor Gatto, and resign from education...no, resign from schooling. To see his resignation, a powerful piece, go to http://www.johntaylorgatto.com/underground/prologue2.htm

Anyways. I would resign if I could. I am so "done" with the current education system for more reasons than I can easily list. And yet...it is like a drug, no, Stockholm Syndrome, I sympathise with my master and ask for more. When I walk away,  I find myself crawling back, begging, whimpering "please sir, can  have s'more?"

What the heck is wrong with me? I am so a part of this nexus of subordination and control that I keep becoming a part of it, willingly. When I completed high school (four years of torture, begging to go to continuation school or other alternative ed to just get the **** out of school) I almost did not go to college. I ended up going and sure, college has its own institutional issues and controls yet it offered the tiniest slice of freedom and I loved it. I ended up in college for eight years getting different degrees and certificates, because my thirst for knowledge was so strong...and still is.  I was not blind to the issues in higher ed of course, or schooling for that matter. I went to college, swearing up and down to just finish my BA and do something- anything- that was as far removed from school as possible. And yet, I, a sick and addicted subservient being, decided to become a teacher.
, 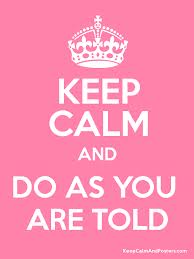 I feel constrained and cannot actually "teach" how I want, with standards, testing, unions, the entire system which this entire blog is about. I am tired of students so beaten down by the system that they do not know how to have an opinion, create something, imagine, or predict...all they want s the "right answer" right then and there and easily. I am tired of being the black sheep in my philosophy, the only one really questioning things. I am tired of being so fearful of losing my job and being ostracised that  I too, keep pushing the system down children's throats. I'm tired of saying "no" or "Because the state makes me teach this".   And yet, I keep at it.

I am no angel here. I am no hero or leader. I am not a change agent. If I could, I would demand the school change its grading system and philosophy, and we would read 1984 and parts of John Taylor Gatto and articles from Alex Jones and I would open their eyes to challenge a system that expects them to misbehave, give up, hate learning, and really only learn what is required to be managed and not question authority or create one's own destiny. There is so much I would do, but then I'd be fired. No...they have to keep me until the end of the school year, but I'd be given the worst kids, no prep time, I'd have district officials in my classroom 24/7 writing me up. I'd have irate parents. Teachers would only speak to me to belittle me and physically and emotionally bully me until I was forced to quit. Quitting means no unemployment, and especially, no credential.. My permanent record would be tarnished for life and  I would literally never ever be allowed to teach again. I'd be in newspapers, my house would get egged, I'd get hate mail and death threats.

But, so what? Why don't  I do it? I mean if I am so sick of all of this, and want my voice heard, why not? Because the system has taught me to obey. Because I don't know what else to do to support my family, with no other skills or experience aside from teaching, a job at Mc Donald's won't cut it. Because I am afraid of failure. Because I am afraid I will not follow through. Because I am no angel.
Posted by 3rseduc / handsinthesoil at 2:31 PM